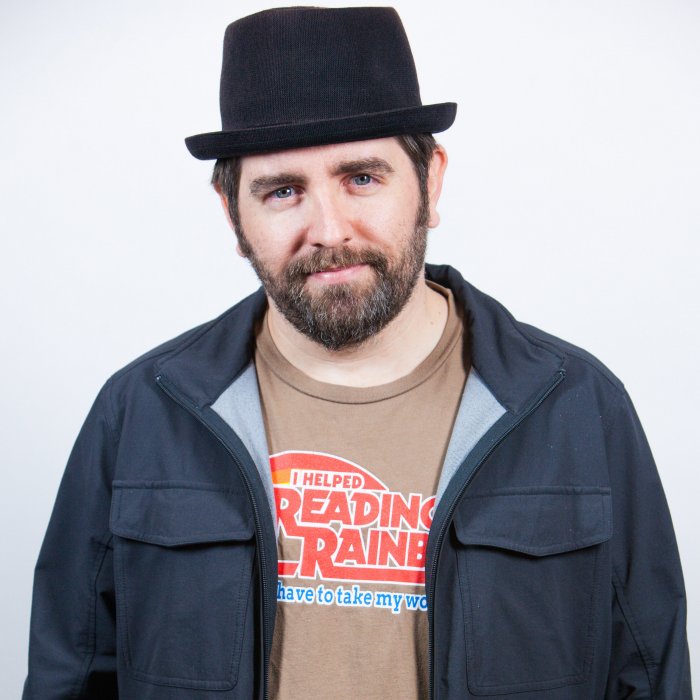 My story is weird. I suppose weird has always been my destiny and it has taken me a while to fully embrace it, but finally…here we are.

My unusual narrative began in Gum Swamp, Virginia Beach, VA. Much of my childhood was spent running around playing hide and seek in a poisonous / snake infested marsh-filled swamp with my older brother. In fact, one of my most clear childhood memories was waking up in the middle of the night to see that our side yard was full of flashing emergency vehicle lights. A ton of police officers, firemen and EMT’s were mounting a search party, as our neighbors had let their two teenage nephews from out of town play in the swamp; unfortunately they were not schooled in the dangers of marshlands and they drowned.

My earliest art memory was around the 3rd grade. My brothers 6th grade class was going to have an art show. While my brother worked on something for the show, I decided to as well…so I drew the first still life I can remember working up, of my sneakers. I asked my brother to see if his teacher would also display my drawing, so he took it to his class, and the teacher liked it enough to display it along with the older students’ work! 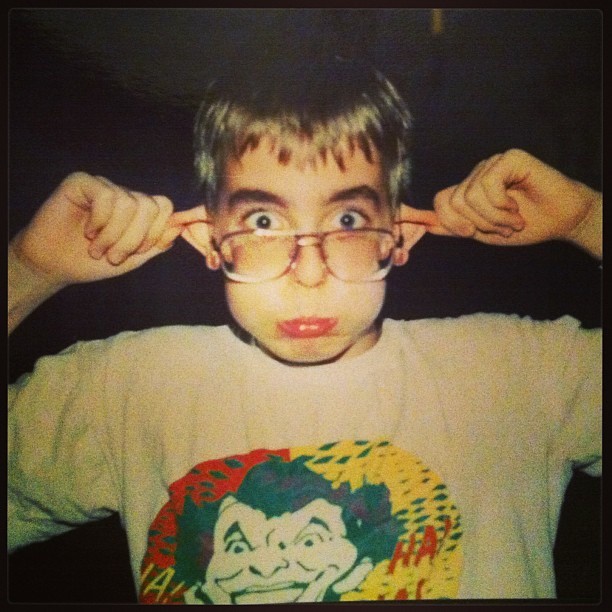 As the early years rolled on, bullies became a thing and manifested themselves into my life. I remember there was this one kid, who had failed a few grades and enjoyed picking on all the smaller kids. I was even the victim of one of his sucker punches. The dynamic began to get complicated several months after the sucker punch I received, when I began to bring my sketchbook onto the school bus. My bully had taken notice of my drawings, and discovered some new form of respect for me…he loved my art…so much so, that he began to purchase my work with his lunch money. His aggressive energy shifted and he now wanted to be my friend, effectively my artwork had transformed my first bully into my first art collector! At this point I began to understand the true power of art!

After high school, I was a bit lost, I knew I wanted to get into college, but at no point in my high school career did anyone talk to me about SAT’s or perspectives colleges…so, not knowing what else to do, I jumped into the local community college. At school I began taking lots of medical classes, thinking that I would some how pursue some type of medical thing. At the beginning of my second year, I signed up for an 8 credit oceanography class. I was excited because in this class, I would also become a certified scuba diver. Unfortunately, a few days before the semester was to begin, the class was canceled. It seems as though I was the only one who had signed up! I was left with an 8 credit hole in my schedule. I needed to fill it with something, but I had no idea what. I called my brother seeking advice, and he suggested I take a couple of art classes to fill in the hole. I went for it and signed up for a drawing 101 and photography 101.

My mind and creative juices had just been lit on fire!

While still going to the community college, I began working at the local haunted house entertainment attraction, where I got paid to scare people for a living. I would make as much art as I could, drawing like crazy in the back room in between tour guests! During this period, my art took a slightly darker turn.

As I got closer to the end of my community college path, I discovered a way to get into a 4 year school without having taken the SAT’s. I learned that Virginia Commonwealth University would accept transfer students from my school and that they also had one of the highest rated sculpture and art departments in the country.

I jumped in head-first at VCU and embraced my creativity like never before, I fabricated things, welded things, wired things, made videos, installations and investigated all kinds of crazy things. It was here that my mind was trained on how to problem solve and overcome anything. While in between semesters at VCU, I landed a gig with the Enchanted Castle Studios (the studio that actually built and designed the haunted house that I had worked for). At the castle I learned that artists were essentially wizards, we all had the power to manifest anything we wanted to out of our imaginations! We made all kinds of giant fiberglass sculptures for theme parks, attractions and events, from life-sized dinosaurs, to virtual Titanic sinking experiences. I also learned how awful all those fabrication chemicals can be to the human body, and began to explore video as an art form.

During my final years at VCU, I danced with the moving pictures and explored the world of video art, where I built gallery installations and created experimental video projections for theatrical plays and performing artists. I eventually got quite proficient with all the video production equipment.

I graduated from VCU in December of 1999.

Only a few months after graduation, my father discovered he had terminal cancer. One day after learning my father was dying, while on the way home from the video store I managed, I was accosted by an armed masked assailant and forced to drive back to the store at gun point. The results of which had me terminated from the company and depressed. This forced me to reconsidered my path, shift gears and focus on where I should be going. I got a job at a local TV station, as a Master Control Operator. This unexpected keyframe in the path of my life also resulted in meeting the love of my life, Anne Kugler.

The devastation of my father’s diagnosis motivated me to make more art than ever before, I wanted my father to see something of value in the path I had chosen before I lost him. I managed to produce several solo art shows and happenings at a few local galleries before it was too late. The second of these art shows was also the first date that I would go on with Anne.

After a few years, of making art while watching my father deteriorate and eventually pass on, I used the television broadcasting skills I had learned at the local station to land a job in NYC as another Master Control operator, however this time, I managed to work my way up into production, where I successfully pitched the idea of producing a TV series about artists.

Being an artist working in TV land, I wanted to work on something I could be proud of, that promoted something I saw as valuable to the world, so I created a TV series which allowed me to interview, profile & promote hundreds of artists all over NYC. The series captured the lives and work of some of NYCs most incredible creative minds and enabled me to learn directly from some of my personal heroes and artistic luminaries. In 2007, “ART or something like it!”, was nominated for an NYC EMMY.

Television politics being what they are, my series was put on indefinite hiatus only 2 weeks after its nomination, because I was tasked to work on another politically motivated project. While navigating my way through television politics and becoming increasingly disillusioned with it, I decided to go back to school.

After graduating Parsons, I continued working in television for another year – where I eventually won an NYC “Best Educational Programming” EMMY for the very last show I produced / edited at the station before moving to California in 2012.

In my ever-curious journey to gain as much life experience as I can before I die, Anne and I made the mutual decision to move to the wild west and experience life in beautiful Southern California.

When we first landed in Long Beach, CA, I continued to pursue a passion project conceived in grad school called “A Fool’s Idea”, a profile web series about eccentric performing artists. I worked like crazy on this project, traveling to Spain, China, Portland, and more, producing hundreds of interviews and amassing a huge collection of episodes that would go on to screen and win awards in festivals all over the world.

In 2016, I shifted my energy again and refocused on shaping my own personal narrative as opposed to shaping the stories of others via my documentary projects. So I began to paint again, painting like there was no tomorrow! Drawing, inking and manifesting all the strange things birthed from my imagination. This flurry of art making lead to the creation of my most recent passion project, “Embrace the Weird” a lifestyle brand for weirdos. 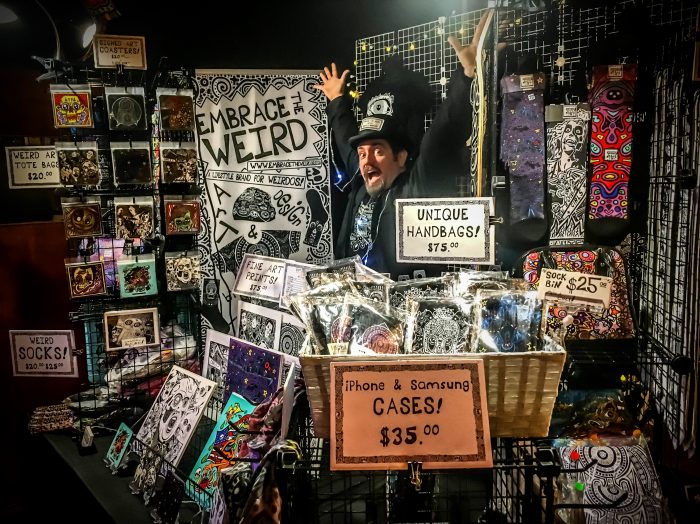 2017 was a year of insane art making and showing my work as much and as often as possible. I discovered the art walks of Southern California, like an old school vaudeville circus, I got a popup tent and have showcased my work via my own pop up gallery in art walks all around California.

On May 1st, 2018, I took the leap to level up my art business and I opened my first ever physical retail boutique and art gallery called, “Embrace the Weird” in San Pedro, California. The business is located at: 112 E. 22nd St. Unit A206 San Pedro, CA. 90731 inside “Crafted at the Port of Los Angeles“.  I have focused my energy into learning as much as I can about running a small business, selling art, interacting with collectors and designing an experiential and memorable retail experience that attracts awesome people.

In addition to the occasional art walk and convention, I have continued to build my art brand, by live streaming art-in-progress on a regular basis, building an online community around my creative flow. I have also kept my artwork in various art galleries around LA and have been doing some public speaking at schools and art centers about entrepreneurship for artists as opportunities present themselves. 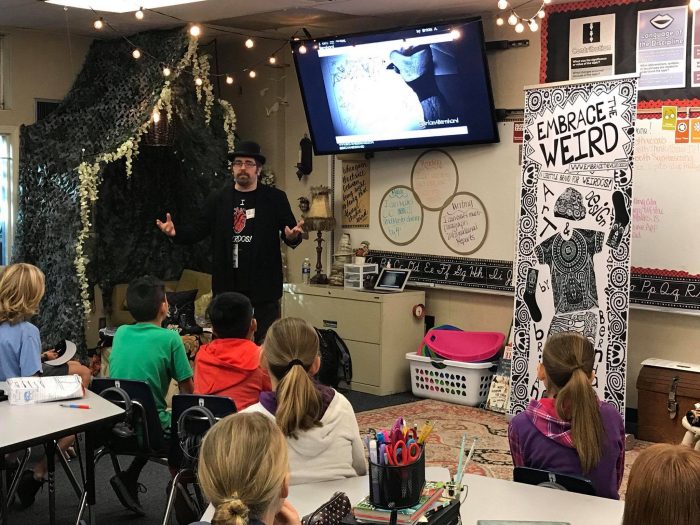 I am currently looking for more opportunities to inspire others by teaching some of the things that I have learned throughout my journey.

Welcome to the eccentrically creative world of Brian A. Bernhard